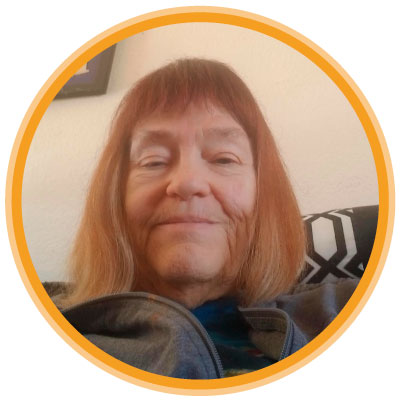 “In September of 2018, I went to an appointment with my kidney doctor. I had been seeing him for approximately two years after my primary care physician had referred me. After nearly 30 years with Type 2 diabetes, my kidney function had deteriorated significantly over time. During previous visits to the kidney doctor, I had already been diagnosed with Stage 3 chronic kidney disease. ”

On this particular visit, the news was particularly grim. My GFR or glomerular filtration rate was at  17, indicating that I was only two points away from being forced to go on dialysis. My BUN and creatinine levels were also totally out of whack.

The doctor suggested that I should consider applying to get on the kidney transplant list at a nearby hospital, and that I should also attend a class which would explain the ins and outs of kidney dialysis. I remember leaving the doctor’s office that day in a haze of questions and disbelief. Mostly I remember the underlying sense of panic and fear. This diagnosis, on top of the pulmonary embolism I had suffered in May of 2018 was enough to get my full attention. OK, OK, so I’m a slow learner!

I was asking myself how had I allowed the situation to deteriorate this far, and more importantly, I was asking if I had waited too long to address these issues or if it were even possible to improve my health status.

It was against this backdrop that I decided to investigate what the E4 Diabetes Solutions program could offer me. At first, I was very skeptical about the possibilities. After all, I wasn’t someone who had just found out that they had been diagnosed with prediabetes. Instead, I had a very advanced case, and I had already experienced many of the associated side effects of this insidious disease, including diabetic retinopathy and chronic kidney disease.

The big question lurking in my mind was, “Is it too late?” My reservations were serious and compelling.

On the other hand, I was not ready to just give up. This defeatist attitude is simply not part of my playbook. Given that fact, I decided to take a chance on the E4 Diabetes Solutions program. Things couldn’t really get much worse, I told myself, so why not try a different approach.

I was already injecting 70 units of basal insulin at night, along with mealtime insulin. Even so, my fasting blood sugars were often over 300, regardless of the amount of insulin I was injecting. My initial tests with e4 showed that I has enormous amounts of insulin lingering in my body, along with very high levels of insulin resistance. Additionally the CRP test indicated that I had extremely high levels of inflammation in my body. This was making it difficult for me to exercise without experiencing lots of pain.

This was my situation when I began the program in October of 2018.  At first, I was hesitant to commit fully to the plant-based eating program. However, even though I was still eating some foods that were not fully compliant with the program, I began to notice positive changes almost immediately. For instance, my blood sugar levels fell so dramatically that I soon had to quit using the mealtime insulin in order that I didn’t risk hypoglycemia. Low blood sugar had certainly not been an issue for me in the past!

As time passed, I was able to lower my dosage of basal insulin incrementally, to the level where I am today—18 units a night. I also noticed that I was not feeling the extreme pain that had been inhibiting my ability to exercise. Soon, I was remembering how much I appreciated that ability to engage in physical exercise.

In mid-December of 2018, I had an opportunity to repeat many of the tests I first had in October. Although I had only been on the program for two and a half months, my A1c level had fallen from a whopping initial measurement of 11.2 to 7.0—certainly not ideal, but so much better!

But the most astonishing change was in my kidney function. I had gone from the initial GFR of 17 to a GFR of 29. Mind you, this is still considered at the very top end of Stage 4 kidney disease, but I am now only one point away from being considered to be in Stage 3 kidney disease! I am ecstatic at this improvement, and I am feeling so much stronger and energetic that I never want to return to my previous lifestyle.

February 4, 2019 is the day for my next round of testing. I cannot wait to find out the results. Even if my kidney function has not improved any further, I am still so grateful for the improvement I have experienced so far. I think the biggest take-away for me is that it truly is never too late!

The bottom line is that you should never give up. I hope you will continue to follow my story as I travel down this amazing path to healing.